What's your favorite radio station, past or present?

I don't tend to listen to the radio that much now  — especially here in San Diego because the stations in general are terrible. 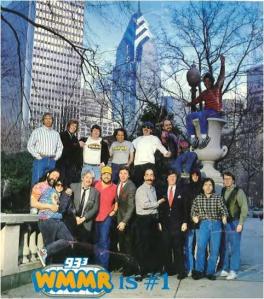 The answer is to this question is easy though:  mid-to-late 1980s WMMR 93.3 in Philadelphia.

Fantastic selection of music in a pre-corporate days and on-air personalities that knew that town and its people.

John DeBella (when he was funny)
Mark the Shark (I still rate movies in 1-10 Shark's teeth…)
Lyn Kratz
Pierre Robert (who's still there!)
Michael Tierson (who I was surprised to hear still playing great music on a Sirius satellite station)

Rolling Stone voted them the best radio station in America in 1988 and they were absolutely right.