In retrospect, I thought it was a pretty good year for TV.  Despite some crashes and burns (we’ve got about 8 episodes of “Heroes” backed up on DVR and can’t bring ourselves to watch them), we were rarely scratching our heads at The Aerie when we wanted to plop down and watch something.  God bless DVR. 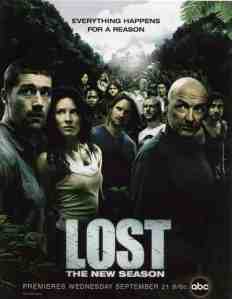 LOST.  I know.  It seems like it was only on four times this year, but Season 4 of LOST was fantastic.  The writing and performances were excellent and the show had the courage to break its “flashback-to-current time” formula for this season, opting to skewer the “how do they get off the island” question – pointing out that really wasn’t the point anyway.  New characters were introduced and were compelling.  The storytelling was first rate – now delivering answers and clues aplenty, but still leaving me wanting more. 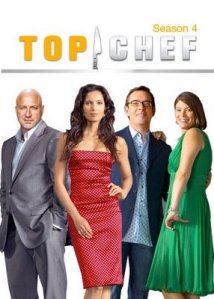 Top Chef.  This was the year that I think we discovered our own favorite type of reality TV (of which we watch very little in general) – Food.   I love “Throwdown with Bobby Flay”, but the king of foodie TV has to be Top Chef.  In the show, several contestants vie to win the title in a variety of cooking related challenges that are judged by the easy-on-the-eye Padma Lakshmi and Tom Colicchio.  The show creators manage to make each cook-off full of drama, while focusing in on the personal stories (and foibles) of the contestants.  The beginning is always a little overwhelming (with 16 or so entrants) but the outliers are eliminated and favorites to root for (and against) always emerge.  This is really fun TV.