Well, that was some pretty entertaining football yesterday.  We have more family and friends that are Minnesota Vikings fans, but they all had to know that THE Brett Favre thing was going to happen.  It really was only a matter of when.   Sorry about all the fumbles, too.  Now you know what it's like to have been an Eagles fan this decade.  Welcome.
Anyway, let's talk about the biggest television even in February.  No, not the Super Bowl.  No, not The Winter Olympics.  I'm talking about the premiere of the final season of LOST.  Yep, here it comes and after last year's big fade to white, you have the sense that ANYTHING can happen.  To suggest that I'm looking forward to it is to suggest that Peyton Manning doesn't mind doing commercials. 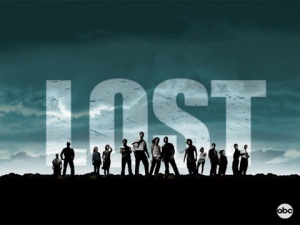 LOST
CAUTION: POSSIBLE SPOILERS AHEAD
But I don't want to spend time speculating on what plot twists might occur.  I want to discuss one of the enduring “I Want To Knows” from early on.  Think way back to Season 1 – when we thought there might be dinosaurs or they were in purgatory – and at one point Jack discovers two skeletons in the cave near where the castaways find fresh water.  The skeletons (a man and a woman, henceforth known as Adam and Eve) hold two stones: one black, one white.  Judging from the decomposition of their clothes, they are probably 30-50 years dead.  Jack takes the stones and in a following episode, the bodies are laid to rest.  As far as I know, he's never given them to anyone else.
Okay:  so who are they?