Or Grandma, in this case, I suppose….

Some folks might say that some wedding in England was THE SOCIAL EVENT OF THE YEAR, but I can assure you that those folks are wrong wrong wrong.

This past weekend, the Beloved and I ventured north to Sacramento to hang with and celebrate the birthday of our most excellent friend, Cori.  You see, Cori was turning an age that ends in a zero and so their was to be a big big party.  A couple of free Southwest tickets later and we were there!

We actually got to have a great dinner with Cori, her beau, her brother and his wife and Sio on Friday night, but of course I forgot to take pictures.  Let’s just say there were tapas, there was wine, there were more tapas and more wine and you really do wish you’d been there.

On Party Day, my job was pretty simple: make the drinks.  So around midday The Beloved and I were off to BevMo for a box-o-booze that would make a few pitcher-ready cocktails.  I thought they turned out pretty good.  More importantly, the remainder would help start Cori’s home bar which I understood was in woeful shape.

The party was “Old People” themed and I have to admit the attendees really outdid themselves in dressing and making themselves up to be old.  In fact, I didn’t even recognize Cori when we came in – I just thought she was a nice old lady who’d done a good job of keeping her figure. 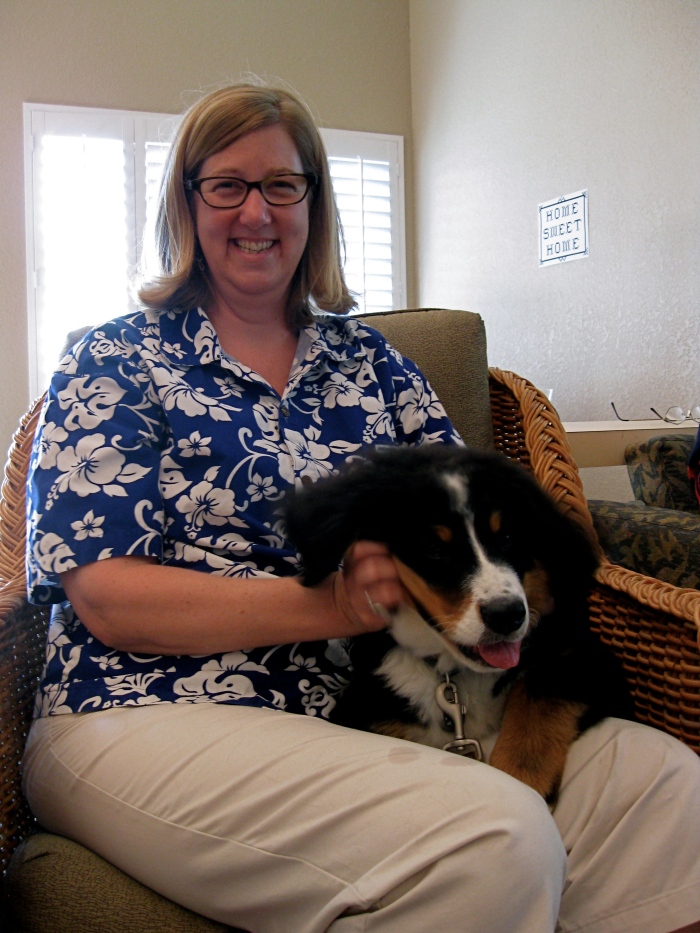 The Beloved was also pleased that a couple of pups made the party invite list, including Cori’s beau’s new Bernese Mountain Dog PUPPY.  It made missing Penny a little easier.  And no, I didn’t have to force her to give him back, though I did wonder for a while. 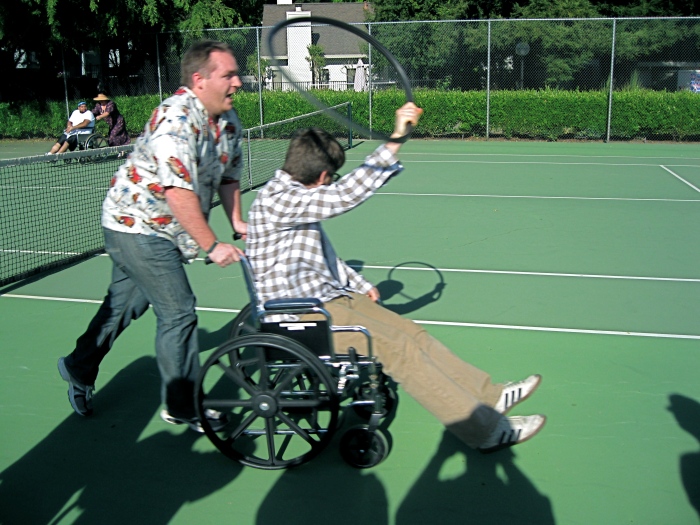 Off to the Races

In addition to the tasty food and drinks and convivial mingling, there was also fierce competition: wheel chair races and bingo.  I want to make one thing clear: Amy Ball cheats.  And our chair had a bad wheel.  These are not excuses for our humiliating loss.  They are facts.

Bingo was just as fierce, though we knew something was up quickly as Cori won the first game.  Sure sure – random draw.  All I know is that I didn’t even win one game.  The fix was in!!!

All in all, it was a great time.  In fact, I heard conversations in which people were already planning Cori’s next big birthday… :)