You know how there are lots of different kinds of days? Like most days are the “Stay and Be Good” days. That’s when my people leave for the day, but I guard the house. Sure, it’s more fun when they’re around, but a dog’s gotta do her duty, you know?

Some days are the “Let’s Go To Work, Pup” days — those are pretty good, everyone’s really nice to me, though really I don’t have much work to do other than run out and scare the UPS guy. That’s pretty fun… you shoulda seen this one time, I was sure he was going to…well, maybe I shouldn’t bring that up…

The best days though are the Dog Beach days. I mean, because really, what’s better than going to dog beach? Not much, right? And the other day was the best of the Dog Beach Days because my people said it was my Birthday. What’s that? I’m not sure, but it happens once in a great while and it’s the best — because there’s always fun and treats. Oh, and I am this many.

Anyway, they sort of faked me out because we usually go to the beach in the morning and I thought it might be one of those “Lay Around The House Days” which to be honest aren’t my favorite, but this time we went in the afternoon.

It was a really pretty afternoon and man was I ready to run and go get the bumper. The bumper? That’s what we get at the beach! The Boy throws the bumper and I go get it! It’s so awesome. There were some other dogs there — including some No Fun Dogs* — but they didn’t bother me, I was totally on a mission. 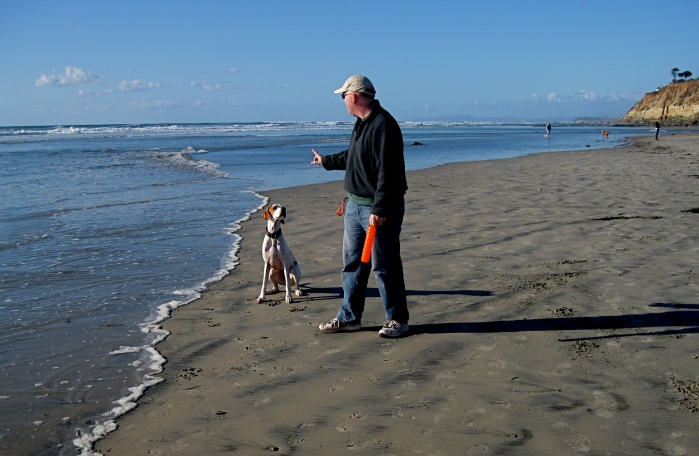 It’s so hard to wait!

Going to get it!

So, The Boy would throw the bumper and I would go get it. And we did that a lot of times. Enough times that I think I started to sort of forget what I was doing and then we were going back to the car. But the great thing about Birthdays is that we stopped at the Dog Treat Store, which I should say I think we could stop at a little more often, and the nice man gave me free treats because it was my birthday and my people got me other treats, including a Pupcake.

That’s for me, right?

So we get home and towel off and then it was Pupcake Time! Oh yeah! I thought maybe since I was This Many that they might get This Many Pupcakes — I mean, wouldn’t you? — but there were a lot of other treats that night, so that was pretty sweet. 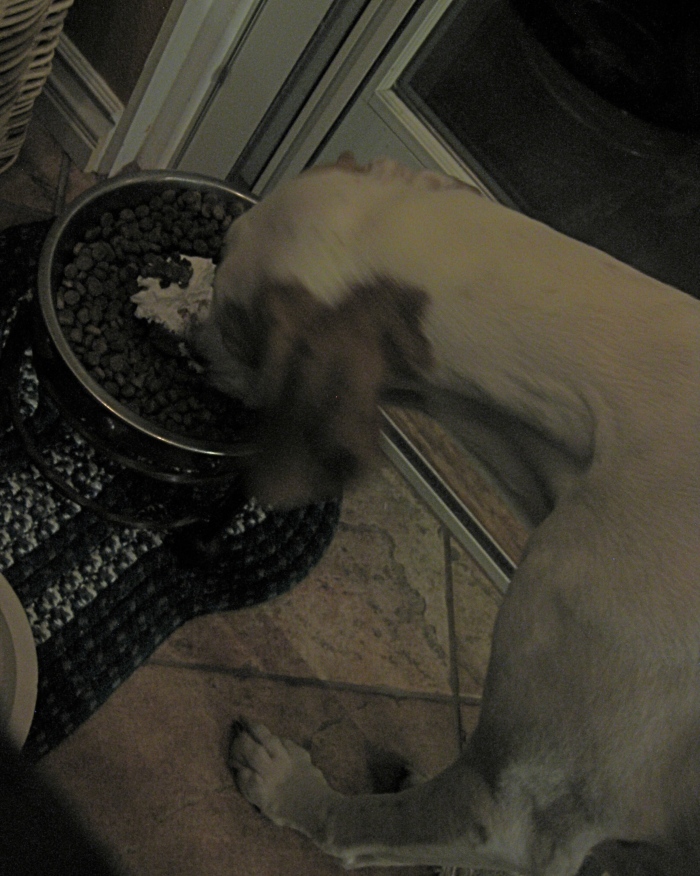 And then the rest of the day? I’m not so sure. I think there was a movie watched, but I couldn’t tell you. I’m a little fuzzy on the whole rest of the night.

Tell you one thing though, I think Birthdays should come around more often!

39 thoughts on “The Best of The Days”