I’m a Stephen King fan. Have been for most of my reading life. A good number of my friends are King fans, too – and we take great pleasure discussing which books are our favorites and which ones maybe missed the mark.

Clearly at the top of the consensus list are The Stand, The Shining, ‘Salem’s Lot, Different Seasons, Misery, while others like The Green Mile, Skeleton Crew, 11/22/63, and Pet Semetary vie for inclusion in the top strata. Other books are less successful such as… 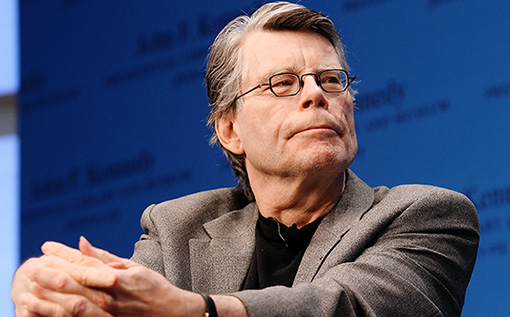 What’s that you say? I missed one?

You see – I’ve never been a fan of IT. In fact, I started reading IT once in the late 80s and was so annoyed by it, that I stopped and tossed it aside (which I almost never do), chalking it up to being another one of King’s bloated, drink-and-drug addled, no-one-can-edit-me-anymore 80s failures like Needful Things or The Tommyknockers.

And for 20 years or so, I stuck with that opinion and scoffed at those that put IT up there 1-2 with The Stand. Please. But as rocks are eroded by waves, the constant refrain of “But IT’s my favorite!” from too many friends made me reconsider. So, I downloaded the audiobook – all 44 hours of it – and took a trip to Derry, Maine in 1985 and 1958 to watch a group of childhood friends (and then adult friends) fight the monster under the city, the monster that appears to children as a clown. 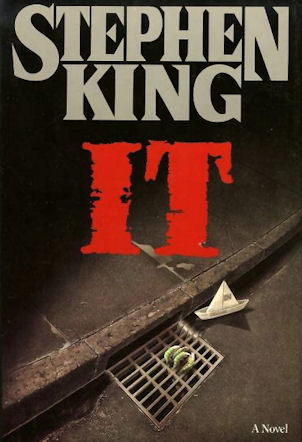 The time in the 50s is reminiscent most to me of the feel of The Body (the novella that is the basis for the film Stand By Me) and focuses on a group of pre-teen friends that discover and seek to destroy a monster that is killing the town’s children. The time in the 80s deals with them as adults attempting to finish the job. Going back and forth in time, the narrative veers between the children’s coming-of-age and loss-of-innocence to the adult’s realization of mortality and the power of memory and friendships we had as kids.

Ostensibly about a kid-devouring other, IT’s real power is to pull the veil back on the ugliness of simple human hatred and evil, especially that which dwells just out of view in a “wholesome” small town. The friends must face down their demons, whether in the form of bullies, an abusive parent or spouse, racist neighbors, or okay, a kid-devouring monster.

One thing I noticed is that people who are IT advocates often read the book when they were young – in the same way that many devotees of The Stand were pre-teens or teens when they finished that novel. As King suggests in so many stories – it’s hard to beat the relationships you forge at that age.

In the end, I liked IT, and am glad that I gave the novel a second chance. There’s part of me that still thinks it was too long and I was actively rooting for the death of one character I know I was supposed to be rooting for. And don’t get me started on that one scene that cost this book an entire star.

Three stars out of five.