One of the things that a few of us wanted to do during our recent trip to New Mexico was spend a little time in the great outdoors. My brother Dave had never been to New Mexico before and we thought that Bandelier National Monument would be a great excursion.

So one day, while others partook of shopping and sightseeing in Santa Fe, my brother, his wife, The Beloved, and I made the hour drive over to Bandelier. The Monument sits in the Frijoles Canyon and is the site of a former Native American civilization that was active for centuries (between 1150 -1550). You can see the the ruins of former dwellings along the valley floor, hike along the river, and climb into kivas, and cliff dwellings. 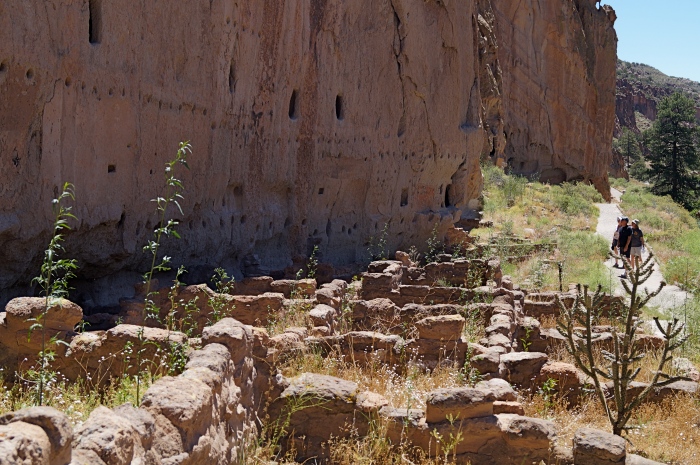 It was a clear, hot day and we traded a long shuttle bus ride into the park for a shorter one by parking in a campground not too far from the exit (we had been confused by shuttle bus, not having needed it during a previous trip here, but it was later explained that a terrible flash flood the previous year had wiped out most of the parking area near the visitors center).

We toured the visitor center, and walked the large circular Tyuonyi ruin and along the cliff dwellings, where the stone edifices helped bake us in the midday heat. We were stopped in our trip to the multi-level Alcove House cliff dwelling because of the frolicking of a mama bear and her cubs. And by frolicking, I mean the cubs were climbing in a tree and mama was giving us squinty bear-eyes of warning.

I’ve Got An Idea!

Bandelier Dave then had the idea of eschewing the shuttle and climbing the Frey Trail up and out of the canyon, because as it turns out The Frey Trail terminates right at the campground where we parked. Also, he reasoned that it was something The Beloved and I hadn’t done before and it would be a new adventure for all of us. 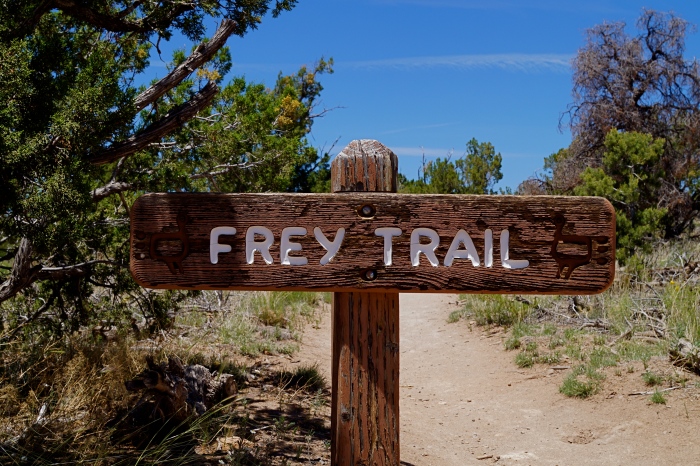 An adventure of hiking several miles including a very steep initial climb out of the canyon. In the hot, summer sun. In the middle of the day. With little water. At nearly 7000-ft elevation. 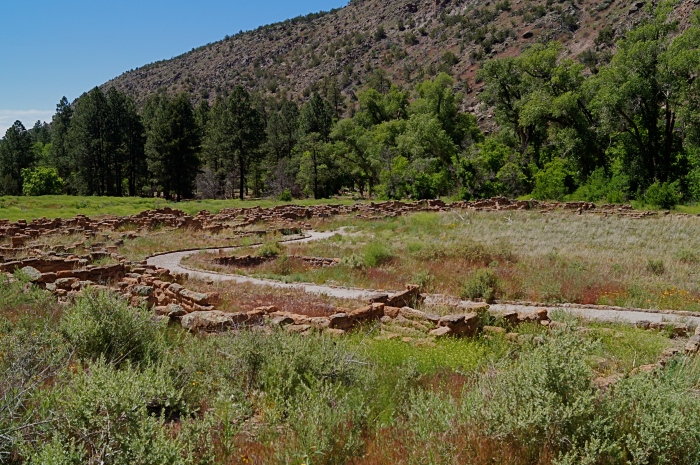 So, we climbed swtichback after switchback up out of the canyon, imagining that we were ancient Puebloans, who had used the same trail. Of course, the ancient Puebloans probably knew better than to do so during a hot, cloudless summer afternoon, probably carried water, and probably were in better cardiovascular health. Probably. 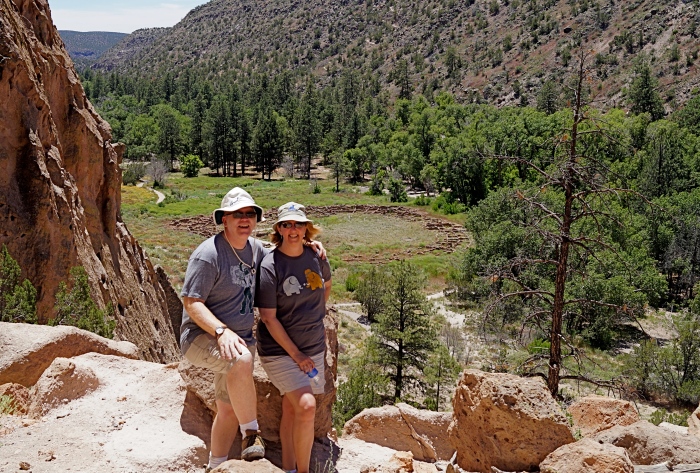 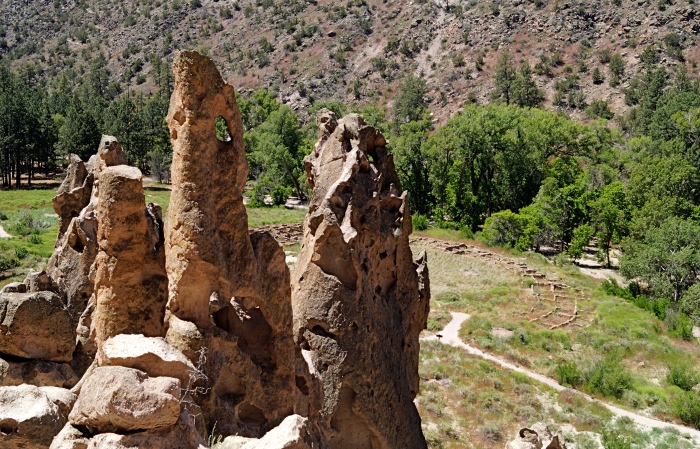 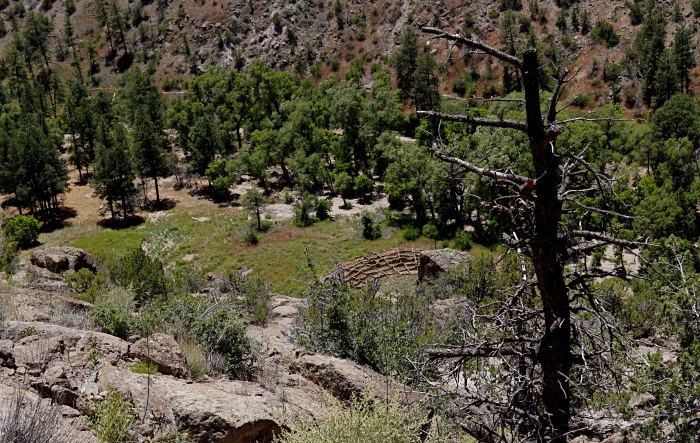 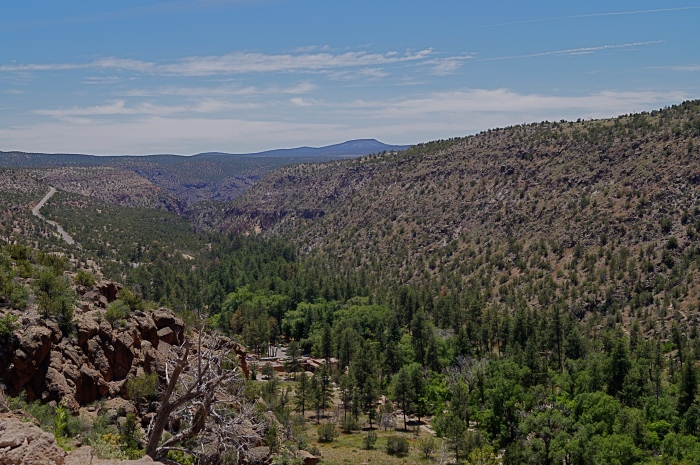 And — well you get the idea 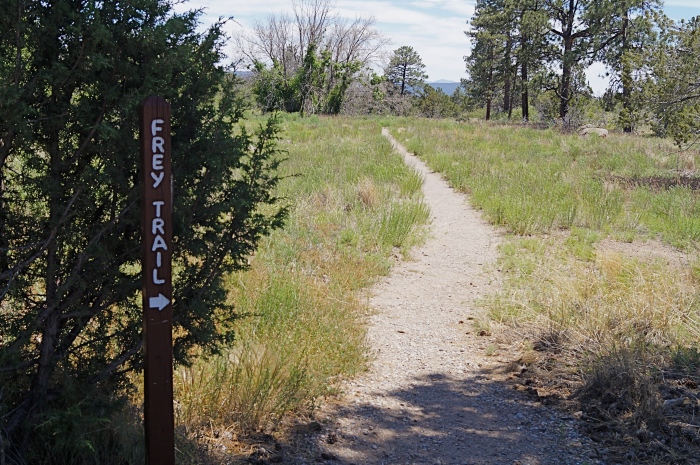 And finally we reached the canyon rim and realized we only had a little more than three miles to go! 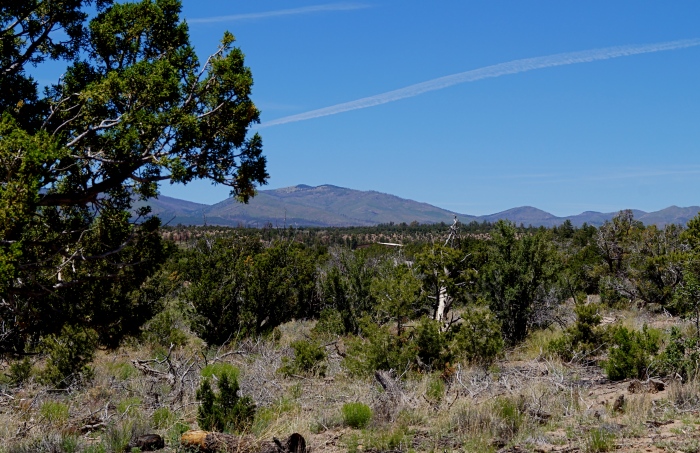 It probably doesn’t come across as hot as it felt. 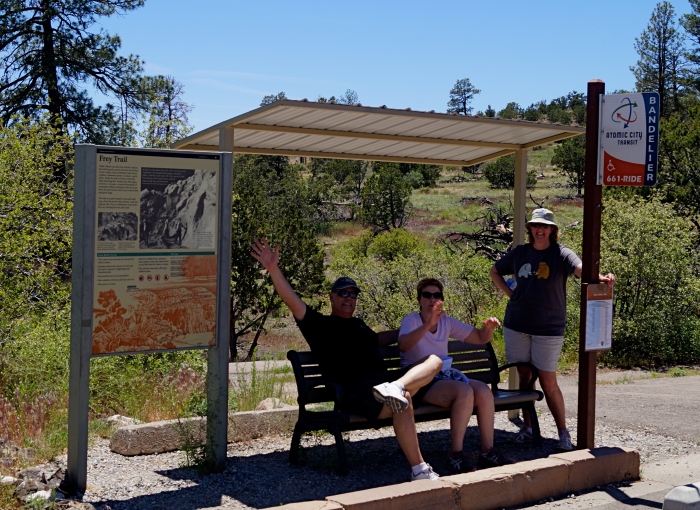 Needless to say, we were all VERY happy to reach the campground, the end of our adventure, and all the water we’d, of course, left in the car.

18 thoughts on “The Adventures of Bandelier Dave”